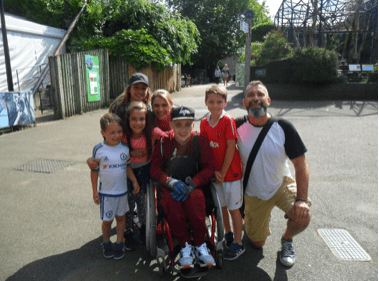 Jake was diagnosed with Cancer in 2011 at just 8yrs old and at the end of 2016 Jake was sent home to die. In 2017 we, ‘Friends of Shelby Newstead’ heard of Jake’s plight and decided to step in and support as best we could by funding the natural supplements that were so instrumental in helping Jake’s body fight against such a brutal disease and keep him alive. We donated £55,000 through an intensive life or death 18 month period and continue to fund on a more limited set budget.

Below is an open letter from Jakes dad:

“We would like to, on behalf of Jacob and our family, express our most sincere thanks for the support that you have shown to our family.

When Jacob was first diagnosed with Cancer way back in 2011, it was heart-breaking, to see an active 8yr old go into hospital walking and then be transformed literarily overnight into a person who would be dependent on a wheelchair for the rest of his natural life. This was such a difficult realisation for both Jake and our family.

That said, Jake wouldn’t put up without a fight, he took the disability on the chin, he returned to school he got the bus to and from each day, he attended wheelchair rugby, he even scaled a mountain.

In March of 2016, following a routine procedure, we received the devastating news that the tumour had not only returned, but had in fact spread into his brain.

But Jake wouldn’t put up without a fight: following a ton of research by Jake’s mum Emma, we began on a journey along a completely different path, a complimentary path, an alternative path, a sometimes-controversial path.
Jake started on a completely life changing regime, His diet changed overnight from, processed food, and take away meals to a completely organic diet, all vegetable, no refined sugar, selected carbs, carefully measured protein and minerals. Everything was geared to supporting Jakes body, to help gain strength, by detoxifying the years of a non-natural consumed drinks and food.

As a family, we researched and took specialist advise on the benefits of oxygen therapy including Hyperbaric treatment. Jake responded amazingly to specialist massage such as Reiki Healing, he was well versed in the healing properties of natural essential oils and herbal remedies. In order to support his healing and wellbeing, we use a whole host of very specifically selected supplements. We continue to be consulted in depth with specialists from across the globe, and have received advice that ranged from the obvious to the sublime, treatment suggestions that were simple and straightforward right up to the highly impactive and hugely expensive.

The system we use, or as some call it, is simply “The protocol”, except it isn’t simple, it’s pretty damn in depth, but it has transformed Jake, bearing in mind, the catastrophic damage that the tumours did to our son, changing him from a regular healthy eight-year-old, to a tetraplegic requiring highly specialist 24/7 care.

The past three years have proved to be a difficult time for all of us, with an extremely traumatic failure of a spinal rod in Jacobs back, which displaced and burst through the skin on his back requiring major emergency surgery, The progression of the tumour along Jake’s spine and into the brain, and the subsequent baselining of Jacobs immune system, resulting in numerous bladder, chest and skin infections. On two occasions Jake developed sepsis, and to date, Jacob would have died on over twenty separate occasions were it not due to immediate medical intervention. Emma and I have performed CPR on our son not once, but on three separate occasions, with his brothers and sisters looking on. No family should have to go through that. We have, as a family on over six separate occasions been advised that due to Jake’s declining condition it would be best to just “Let him Go”. This is not an option, neither for Jake, nor our family, Jake is a fighter who just slowly creeps back to his base level, time after time.

A truly challenging part of Jake’s condition is that due to the spread of the disease, Jake is now as we have described, quadriplegic. We have been informed that there is nothing more that the hospital can do for us, Jake is effectively at home to die!!
The past six or so years have been filled with continuous hospital admissions, blue light ambulance runs to emergency rooms, meetings with a seemingly endless stream of various professionals with differing specialities and opinions, from Oncology, tissue viability, respiratory, neurology, paediatrics, orthopaedics nephrologist, to physiotherapist speech therapy and beyond….the list goes on and on.

The path we chose absolutely threaded delicately through all of these treatments, that was, is and remains, Jake’s diet, this fundamentally was at the head of Jake’s being able to fight, infection, repair tissues, keep going through invasive procedures, Of course, when at deaths door, there’s no doubt that specialist drugs, intervened in the critical collapse of Jake’s organs, but Emma and I and many others believe that were it not for the extended period of a healthy balanced carefully managed diet, then Jake’s own body simply would not have been able to take over from what the critical drugs initially facilitated.
We are now in 2019 and Jake us 15yrs old. We were, towards the end of 2018, planning to move overseas in order to enable a better more sedentary quality of life for our family. We found a property in Ireland which was perfect for us, it has been specifically adapted for a wheelchair user, plenty of clean country air and close enough to the ever-needed critical medical centres. This is meant to be a fresh start, a new life, a better life and as a family we put every penny into it, we sold our family home, and were ready to move. However, Jake took poorly again following a desperately severe chest infection, which saw our son admitted to two hospitals and again, critically ill, and dependant on Non-invasive respiratory support, (Jakes effectively dependant on a portable ventilator 24 hours a day). Following his discharge from hospital early in February, Jakes days were numbered, literally! We kept him comfortable, had him on a continuous anti-seizure medication for over five days, his oxygen requirement rocketed to 19ltrs per minute. However, “The Protocol”, continued, diet, supplements quietly and invisibly supporting his unconscious body. Our local reverend attended Jake’s bed side and he was anointed, receiving the last rites, (the second time this particular clergyman had done so) in fact, it was the third time that Jake had received the sacrament. With immediate family gathered around his bedside, we spoke quietly to Jake, told him what we had been up too, about our hopes and fears, spoke about the new house in Ireland with his own bedroom and bathroom, how things would be great. The specialist community nurses tended to Jake each day, we noted how, despite his frail position, his dependence on the oxygen started to decline, he opened his eyes, he began to acknowledge our being there, he even managed to smile. Jake was getting stronger, he started to speak, and although very weak, his cheeky character started to come through, calling his mum “big bum” and rolling his eyes up like a typical teenager when they are told to wash or brush their teeth.

The house moving plans were back on track again, but we were about to lose our home, literally.
We would have been completely stuck, had it not been for numerous people, kindly arranging for Jake to be transferred to a most amazing home in Kent called Demelza House, a place for terminally ill children. The house is a charity funded accommodation offering respite for families with very poorly children, the staff are an amazing bunch of specialist nurses, doctors, carers, chefs, play specialists etc., who are now making us so very welcome and looking after us whilst Jake gets strong enough to fly to Ireland. The flight has been supported by some amazing charities’ who have donated the best part of £5000 pounds to the overall cost of between £8000 to £10000, and as such, we are trying to raise the money to facilitate Jake’s safe passage to a new life.

Jacob is well known amongst some of the people reading this, and completely unknown to many others, we have, in the past asked for help, and always received help and support, I feel embarrassed going back again and asking for more help, but Jake is more than worth my pride. He is an amazing person, who has had the most terrible time that anyone could bare. During our journey as a family, we see that Jake’s not the only child, or indeed person who faces challenges daily that are immeasurably more difficult than many take for granted, but you know what? He lives day to day, he loves his nice clothes and trainers, he always tells mum and dad “I love you”, he very very rarely complains, he’s our Jake, and he is amazing.

We could never have imagined being able to get where we are today, without the support of family, friends and more often than not, complete strangers. We are humbled as a family, at the generosity and sensitivity that has been shown to Jacob and ourselves. We thank you all for the support that has been extended to us through this most worrying time. People of our community and further extended friends of friends have not only given Jake and our family support, you have given us faith, and you have given us hope.
……….for that, we will be forever grateful

Thank you
The Rafferty family” 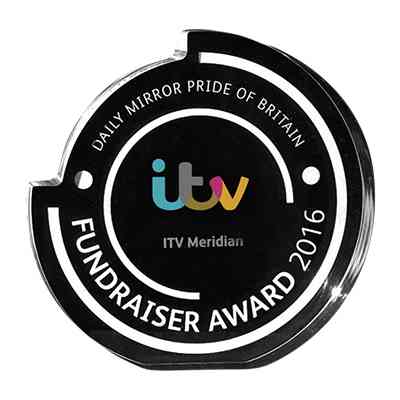 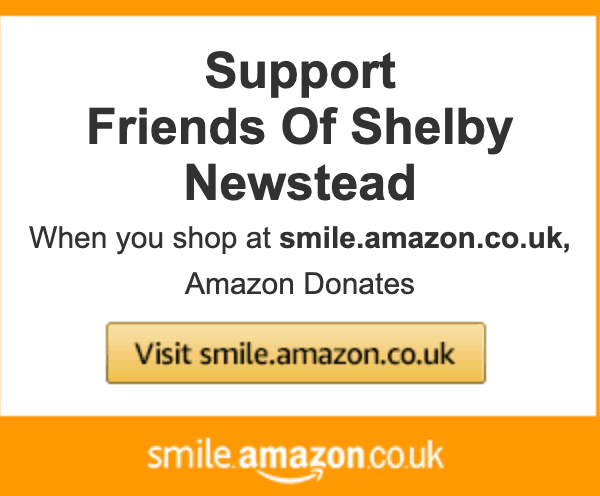 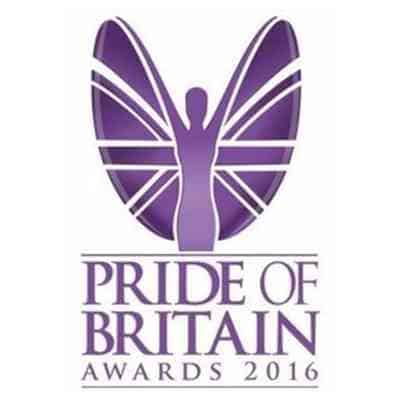 To raise as much money as possible in the best interest of those children with serious illnesses that are known to us or referred to us by friends of friends.

To carefully consider any worthy cause referred to us and ensure that we distribute the money wisely and with all due consideration.

To ensure that once a donation is agreed, all monies are donated directly and swiftly to the said cause.